We may earn commission from links on this page, but we only recommend products we believe in. Pricing and availability are subject to change.
Kristine Gill
January 23, 2023, 6:12 PM·1 min read

Valentine's Day likes to sneak up on us right as we're recovering from the holiday season. But grabbing something at the drugstore last-minute just feels wrong. She deserves better! Here are a slew of ideas that will earn you bonus points and keep your Valentine happy from morning (a heart-shaped brekkie via this $10 waffle maker) to night (Oprah's fave cozy pj's, on sale now). If you really want to win Valentine's Day, don't miss this sweet Kate Spade bag, now $120 off. Whether you're shopping for your wife, partner or gal pal, there's something on this list for everyone. 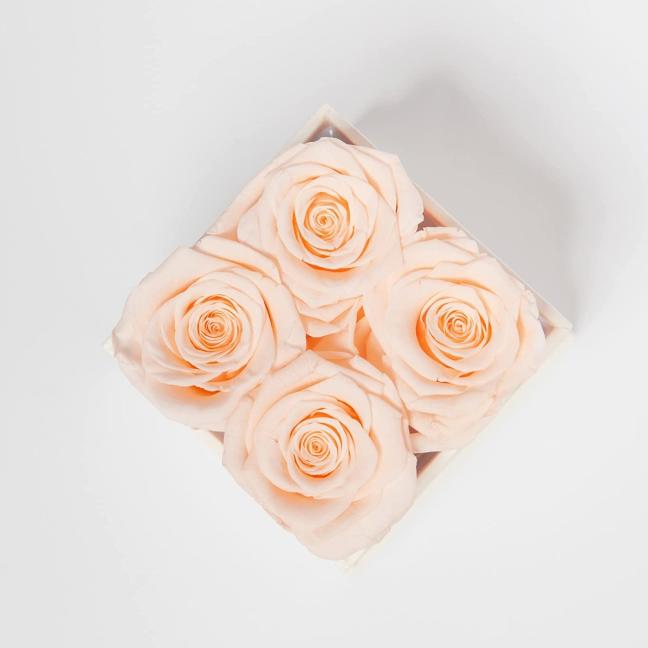 The worst part about getting flowers is watching as the petals curl and wilt. These Forever Roses by Fleur de Zen are a fascinating alternative. Packaged in a box of four, these real roses have been specially engineered to last a full year on display. No watering required. Plus they'll serve as a reminder of your love for the next 365 days. You'll never look at grocery store bouquets the same way again.
$36 at Amazon 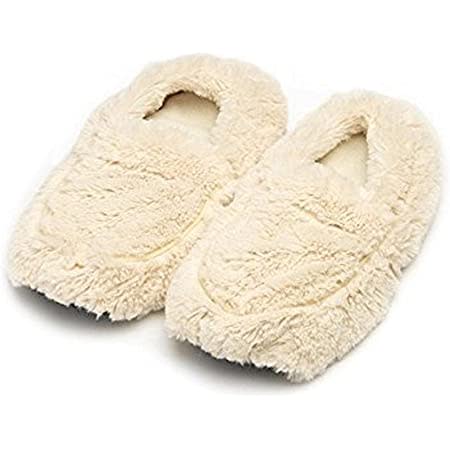 $26$30Save $4
The soft, fluffy cotton of these cute slippers will keep her feet warm 'n' cozy, but to take things up a notch, throw them in the microwave. Filled with millet and lavender, they'll retain warmth while emitting a relaxing scent. Or pop them in the freezer to use them as a cold pack.
$26 at Amazon 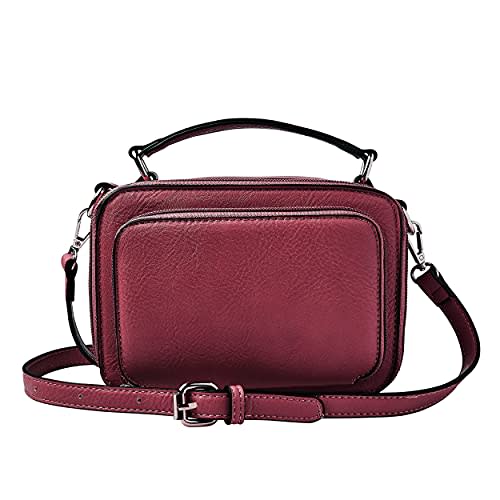 This chic and affordable crossbody bag in a standout from Oprah's most recent Favorite Things List. And we see why. The 7.5-inch Kelsey crossbody bag is RFID-protected, 100% vegan and available in nine colors and patterns.
$45 at Amazon 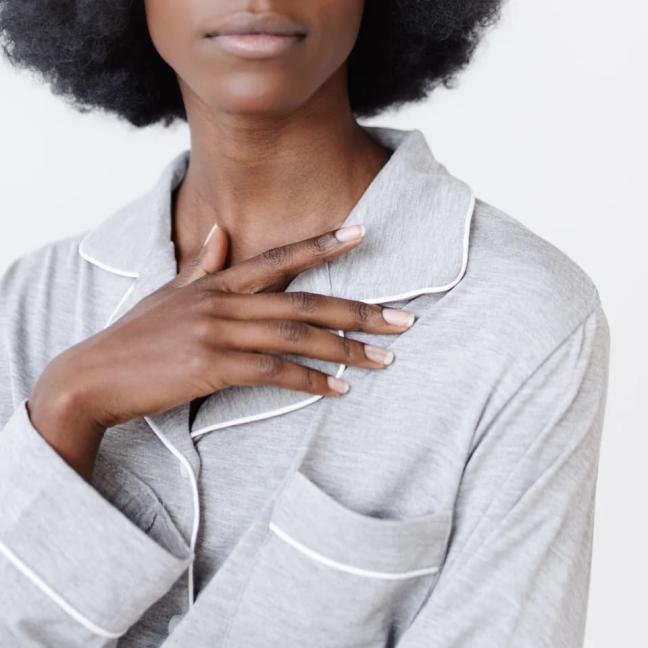 $148$185Save $37
Voted Oprah's favorite jammies in 2019, this stretch-knit set is sure to keep your Valentine comfy. Made with bamboo viscose and a dash of spandex, these soft pajamas not only look great but they're also moisture-wicking. The fit is loose and relaxed but always looks put together. Choose from five colors in sizes XS to XXXL. And be sure to check out Cozy Earth's sitewide sale.
$148 at Cozy Earth 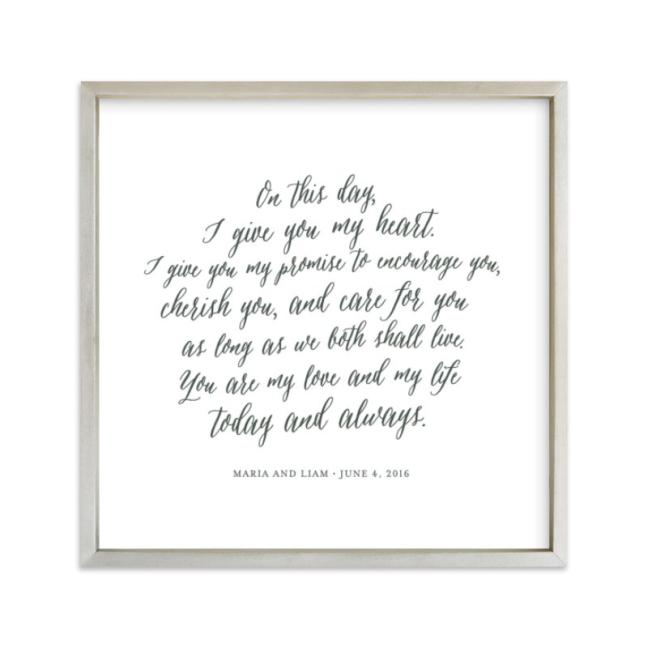 Have some tissue on-hand when they unwrap your framed vows to each other or, perhaps, the lyrics to your special song. The text is up to you — each special print is made to order. Choose the font, color and framing options for this one-of-a-kind gift. What a way to say "I love you."
$75 at Minted 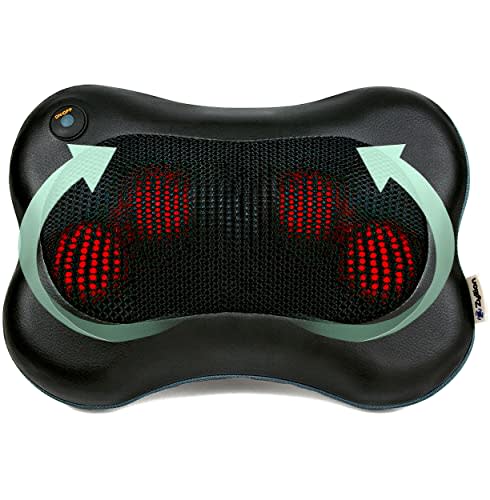 $60$85Save $25
Bring the spa home with this personal neck and back massager. The massage nodules go to work on tense muscles with soothing heat, offering relief and relaxation. Right now, you can get over $40 off this top-rated massager, which is beloved by 34,600-plus five-star fans on Amazon.
$60 at Amazon 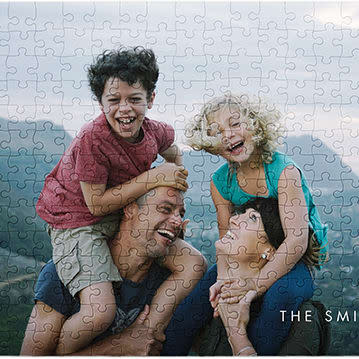 $24$33Save $9
Bring your favorite memories to life with this custom puzzle by Shutterfly. Use any quality image to create a puzzle of 60 to 1,000 pieces. It's easy to imagine creating this gift for your partner, but it makes a great Valentine's Day gift for kiddos too. Not only will you preserve a precious memory, you'll also have a sweet activity to do together. Prices start at $33.
$24 at Shutterfly 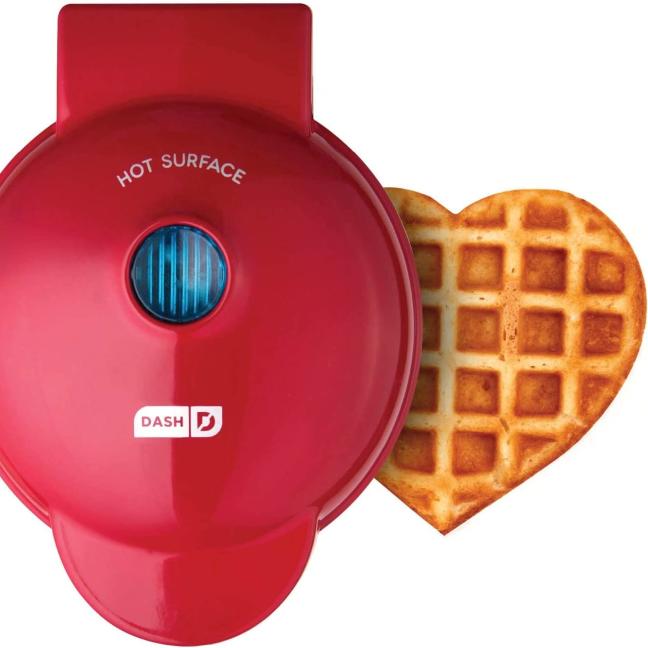 Breakfast in bed just got cuter thanks to this Dash mini waffle maker. This tiny appliance makes the cutest, heart-shaped breakfasts you've ever seen. Not a fan of waffles? You can also cook up hash browns, cookies and even mini pizza crusts. The possibilities are endless, and we're pretty sure your significant other will love you all the more for it. Easy to use and wipes clean.
$10 at Amazon 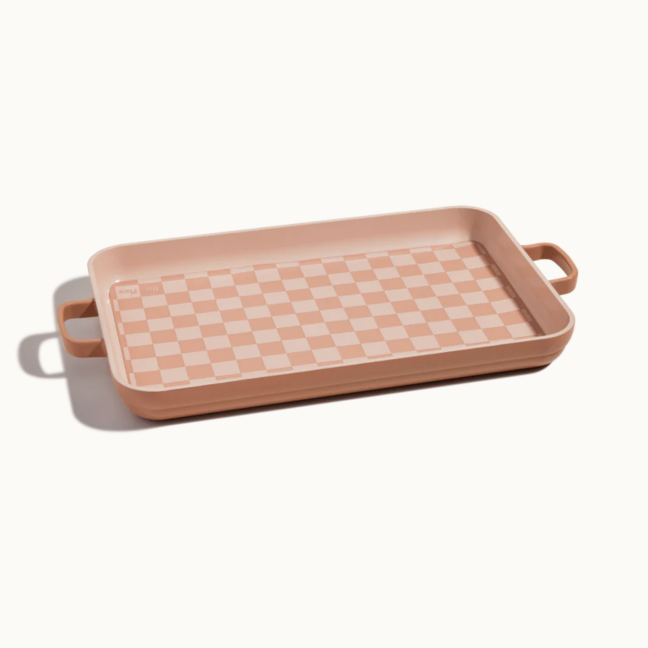 A kitchen favorite that comes in great colors, this pan works for a casual Monday night dinner or a festive party. Whether she's a novice or a pro chef, this is a prime pick.
$125 at Our Place 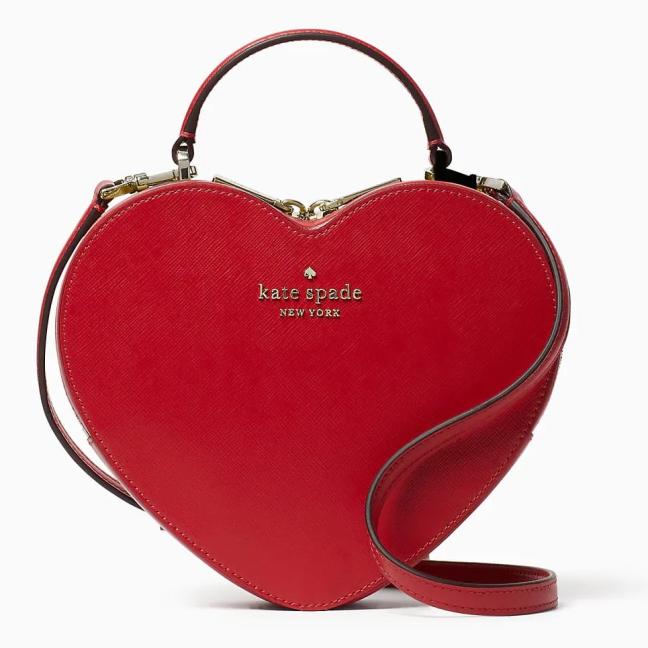 $229$349Save $120
Kate Spade fans know the brand is all about quality and style, and this little heart bag is no exception. It comes in red and pink and is so totes adorbs that your partner will flaunt it year-round. She can wear it over the shoulder with the included strap or carry it by the handle. It zips up and has a pocket inside for credit cards. It's majorly marked down now for the Kate Spade Surprise event.
$229 at Kate Spade 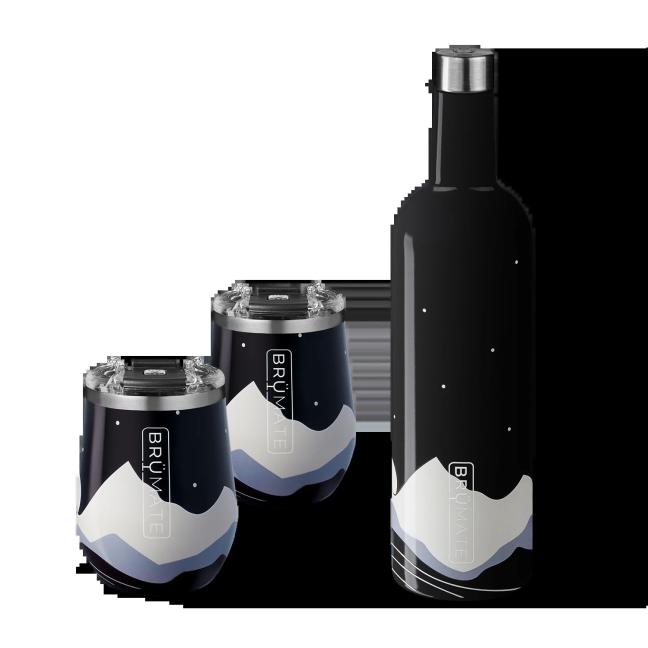 $75$85Save $10
Any oenophile will enjoy these striking tumblers and canteen. The set is especially good for chilled varieties because the impressive insulation keeps drinks cold.
$75 at BruMate 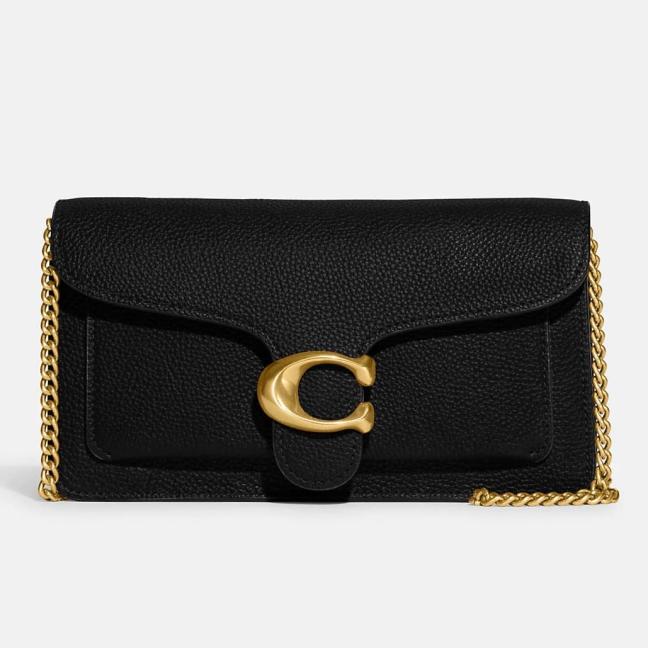 Get a gift as sophisticated and elegant as she is with this crossbody bag by Coach. It's versatile yet simple and can be carried as a clutch or slung across the shoulder. Available in black and chalk, both with brass accents. She'll think of you every time she fishes for her lipstick or catches a passerby admiring her stunning bag.
$295 at Coach 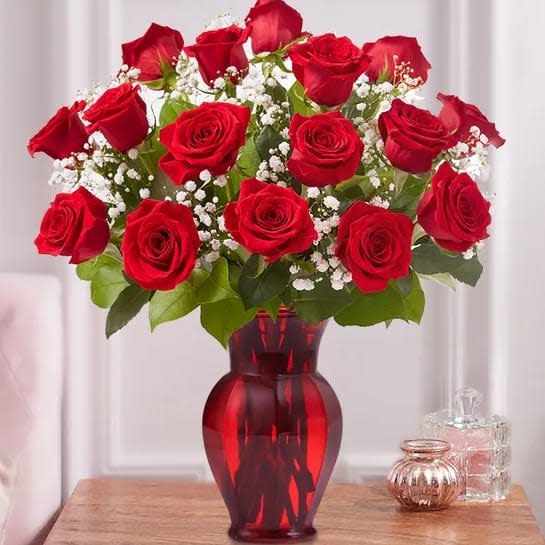 He loves me, he loves me not. This stunning bouquet screams the former. Surprise her at home or at the office with this 12- or 18-stem bouquet of the quintessential red roses. Each arrangement comes with greenery and baby's breath in a beautiful, ruby red vase that she'll keep for years to come. Personalize your gift with a love note and have them delivered the same day!
$85 at 1-800-FLOWERS 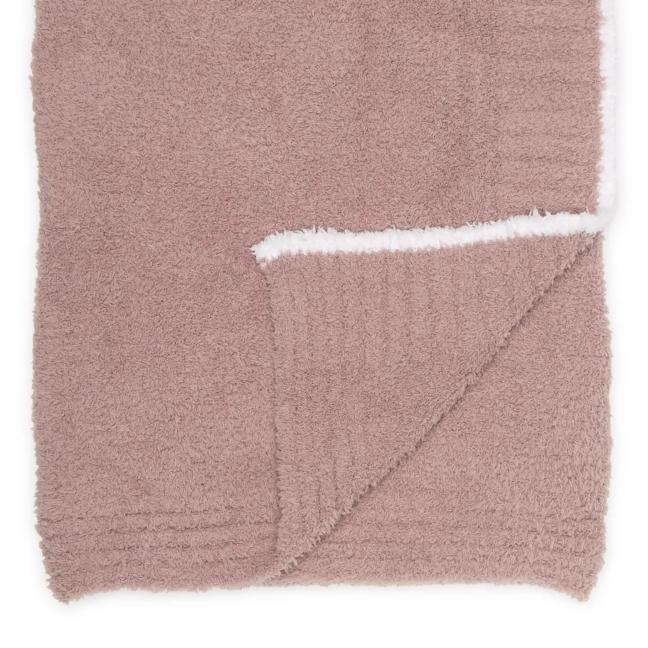 $60$98Save $38
Machine-washable, cozy and sprawling, this fluffy throw by Nordstrom will keep your Valentine warm and give you two an excuse to cuddle up on the couch. This pretty Vintage-Rose White hue will add warmth to any room or decor. Normally a hundred bucks, it's currently 38% off.
$60 at Nordstrom 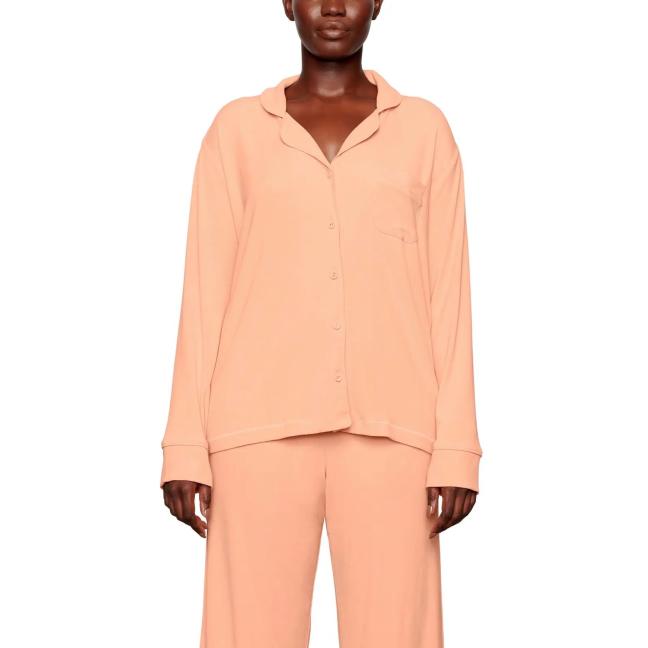 Your crush will sleep like a goddess and wake up feeling like a Kardashian with these Skims brand pajamas. You can keep up with America's richest family when you buy this two-piece pajama set made with ribbed, stretch material that promises comfort all night long. Available in eight colors and nine sizes, there's a pair for everyone.
$118 at Nordstrom 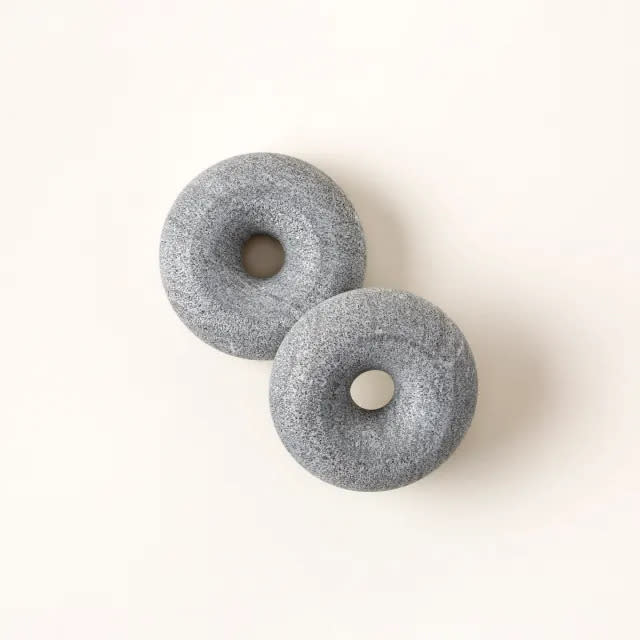 Gift the healing power of these two-billion-year-old Finnish soapstone rings.
$20 at Uncommon Goods 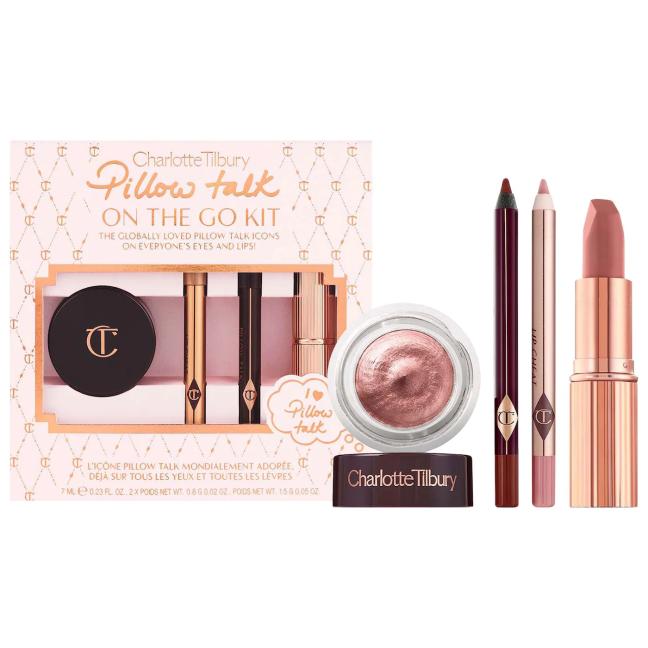 Your sweetie will definitely be game for some pillow talk after she unwraps this mini makeup kit by Charlotte Tilbury. The travel-size set comes with eye shadow cream, lip liner, lipstick and eyeliner in an array of colors that'll flatter most skin types. It's a great way to get your Valentine ready for a night on the town as you two celebrate your love.
$55 at Sephora 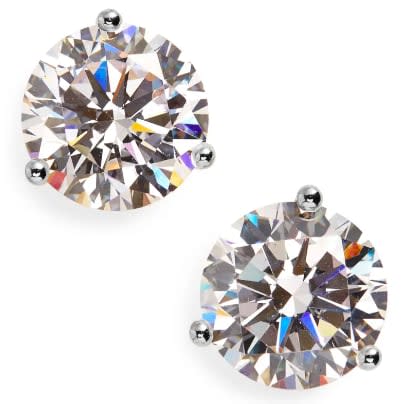 This sparkling pair is an affordably brilliant take on classic diamond studs. The cubic zirconia baubles come in either a yellow gold or platinum setting, and they go with practically any look, from casually running errands to a night at the opera. It'll be love at first sight!
$50 at Nordstrom 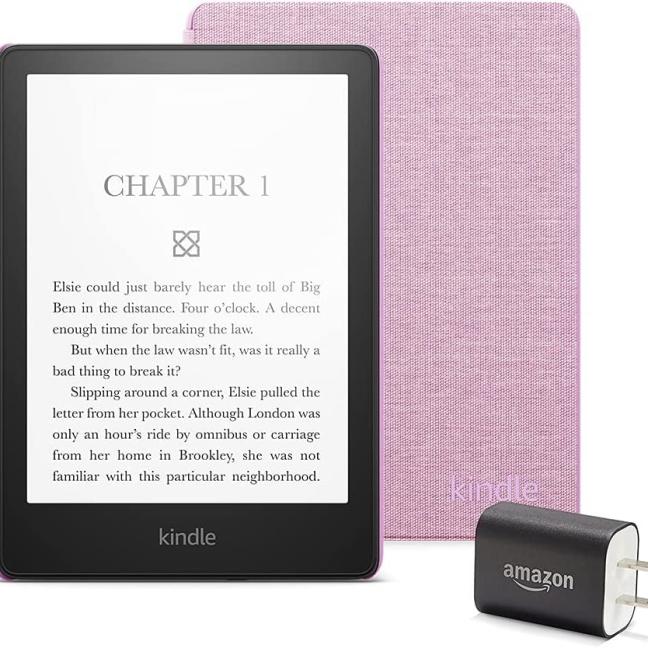 $170$190Save $20
If your love loves reading, don't miss this awesome Kindle bundle from Amazon. The Kindle Paperwhite makes it easy to keep her favorite titles in her pocket. The screen displays equally great in low light or direct sunlight and this version is waterproof, which means she can read at the beach or in the tub worry-free. This bundle comes with a case and a turbo charger for shorter charge times.
$170 at Amazon 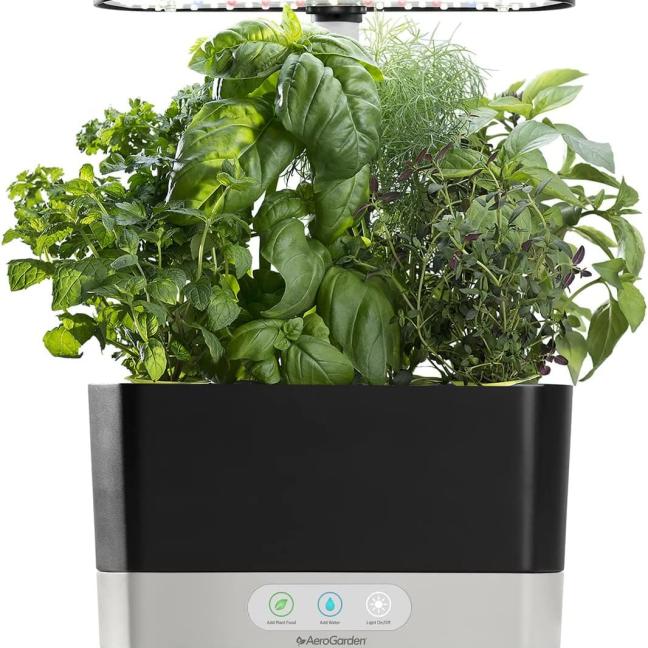 $110$165Save $55
Earn the affection of your favorite home chef when you buy this compact indoor hydroponics kit. Now she can grow her favorite herbs and use only the freshest ingredients in dishes. These kits take the guesswork out of growing and help plants grow up to five times faster using optimal conditions. As testament to it's quality, it's got 14,600+ five-star fans on Amazon.
$110 at Amazon 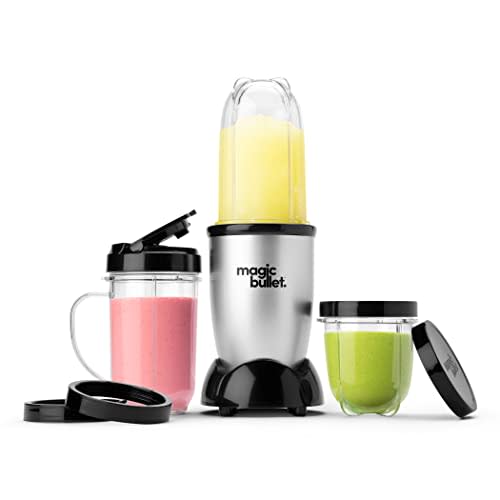 $39
Whether you're buying for an exercise aficionado, a home chef or a health guru, Amazon's No. 1 bestselling blender will have your love singing your praises. Small but mighty, this 11-piece Magic Bullet set is ready to blend up fruits and veggies for incredible smoothies. It's also great for prepping salad dressings, making dips and more. No wonder it has an army of 65,400+ five-star fans!
$39 at Amazon 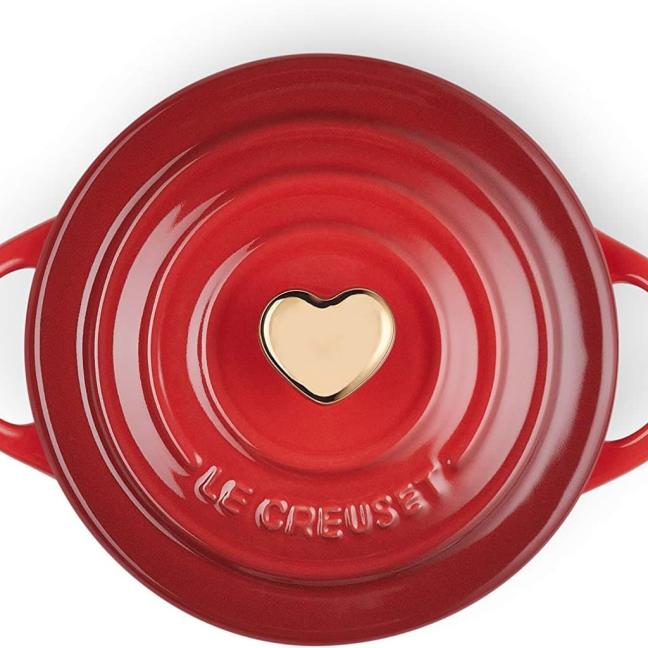 Science shows that cooking in adorable bakeware makes everything taste better, and this festive cocotte is no exception. This 8 oz. red dish comes with an adorable golden heart-shaped knob and is ready for any cake or casserole. Tip: Bake something in it before you wrap it up.
$32 at Amazon 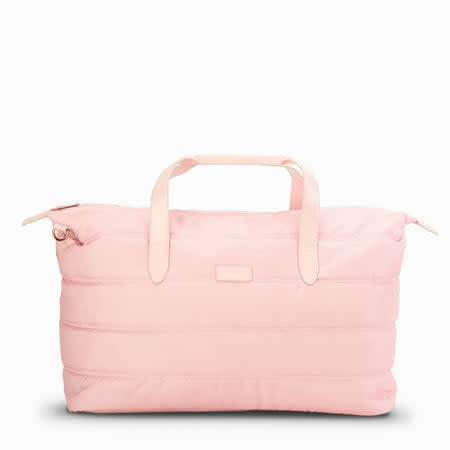 $35$40Save $5
Ooh, your relationship is going places with this lovely weekender bag as a Valentine's Day gift! It has an adjustable strap, a spacious interior and a passthrough that lets you attach it to a trolley, so it won't tumble over. Throw in a couple of tickets to anywhere for good measure!
$35 at Walmart 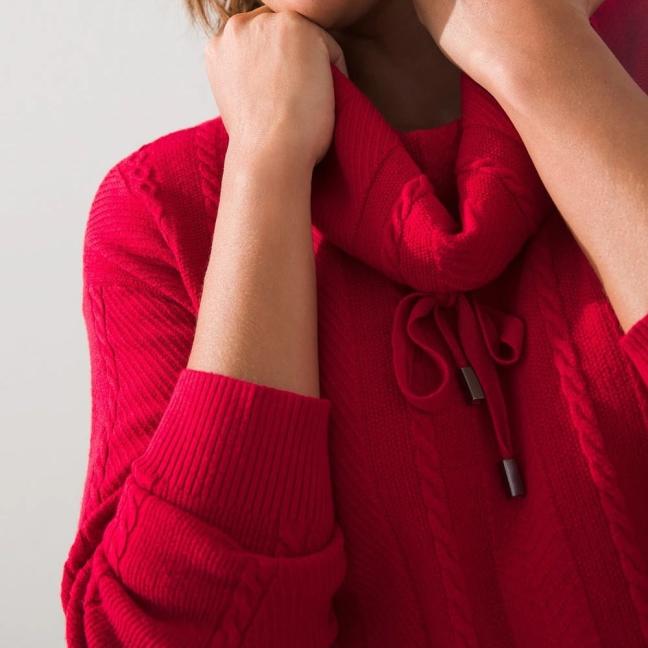 $50$109Save $59
You've likely heard of the five love languages, but did you know cashmere is number six? This buttery cashmere blend pullover is one way to tell your Valentine you're fond of her. With a cowl neck and cable knit pattern, she'll look great and feel cozy wherever she is. This beautiful top is now $60 off in several colors and sizes, but they're going fast.
$50 at Chico's 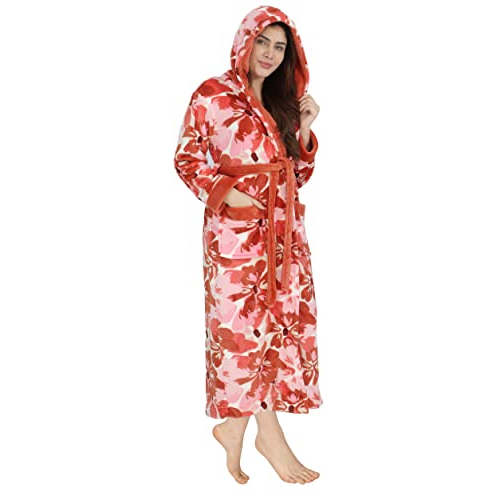 Upgrade her old, worn out bathrobe with this long, plush one. This hooded beauty has racked up 26,000-plus five-star reviews and is on sale in several colors. We love this pattern, or grab it in dark gray for as low as $23!
$37 at Amazon 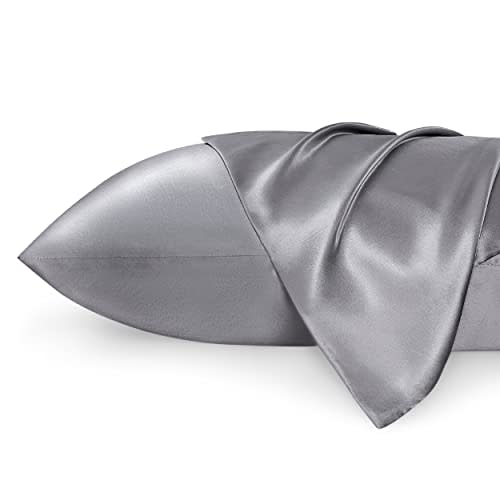 Bedsure Satin Pillowcases for Hair and Skin — Set of 2

A pair of pillowcases for Valentine's Day? You bet! These aren't just any old pillowcases: they're a secret beauty weapon over the long term. Bedsure Satin Pillowcases, Amazon's No. 1 bestselling pillowcases, work hard all night to keep her skin plump and wrinkle-free and to discourage hair breakage, so her strands stay shiny. Give her the gift of beauty sleep.
$10 at Amazon 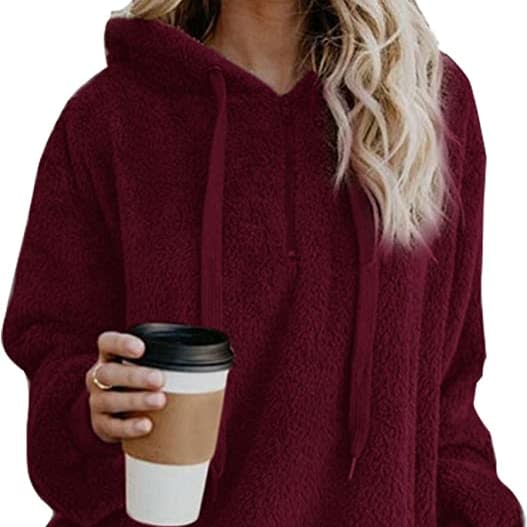 $26$44Save $18
Roomy and cozy, this oversized sherpa pullover will make her swoon, and you'll love the price. This hoodie is made with soft fleece and has a front pocket and drawstrings. It's available in tons of colors but we're partial to the burgundy for Valentine's Day.
$26 at Amazon 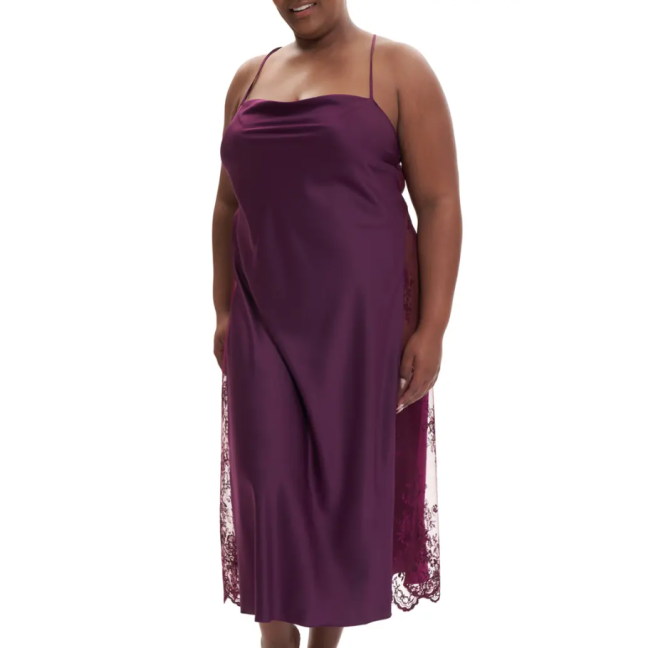 Elegance and quality combine to create this comfortable yet saucy nightgown that she'll feel beautiful wearing to bed. Available in a few colors, each nightgown features a cowl neck, a lace cut-out along the sides, and adjustable straps. We love the eggplant color and she'll love the fit.
$142 at Nordstrom